The Department of Natural Unicorns (DNU) of the Unicorn Hunters at Lake Superior State University enforces the following edicts:

Day or night except when the Tooth Fairy or Santa Claus is around. There’s only so much magic available at one time. 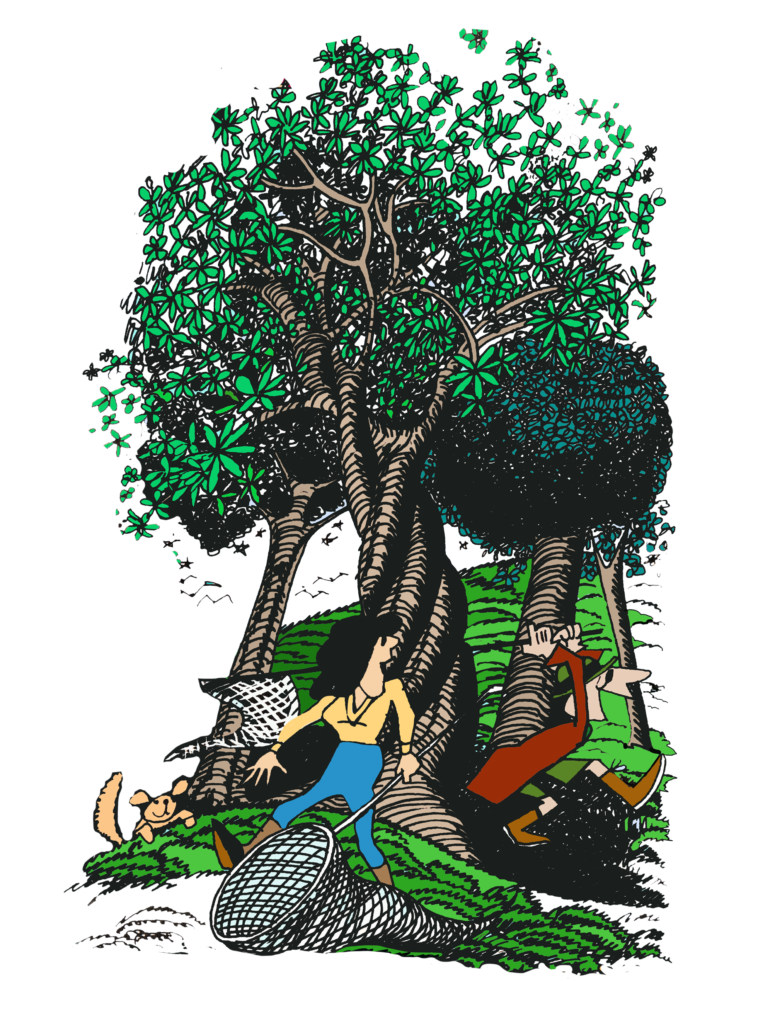 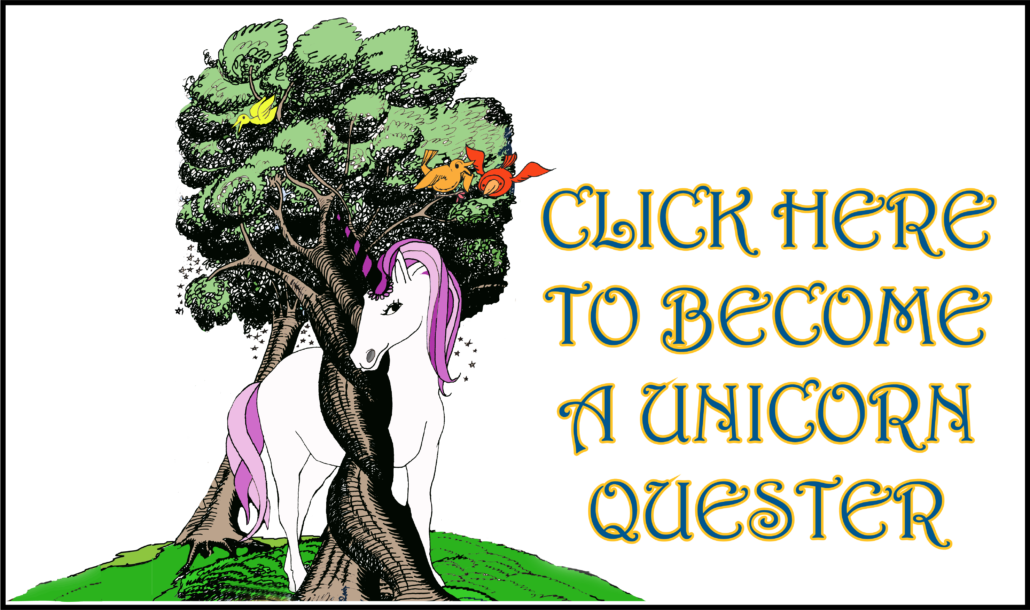 The DNU may have banded some unicorns to indicate age and aesthetics. Upon taking a banded unicorn, questers must send the band to us.

We recommend that unicorn questers bring the following supplies:

Anyone and everyone prepared to join the quest will be issued a unicorn license so long as potential members:

A Note For Grown-Ups Only

The only legal unicorn bait is a virgin. While not illegal to use simulated virgins, such practice is definitely not cricket, as any student of Arthurian legend knows.

Garb must be tailored individually. We recommend the colors Mordred red or Gawain green, depending on whether you’re chasing the unicorn or vice versa. Then again, we’re partial to purple—and, come to think of it, all colors.

We also consider this activity a privilege and an honor. In the event that unicorn herds diminish to numbers smaller than five per square dream, a drawing will be held to determine license holders. 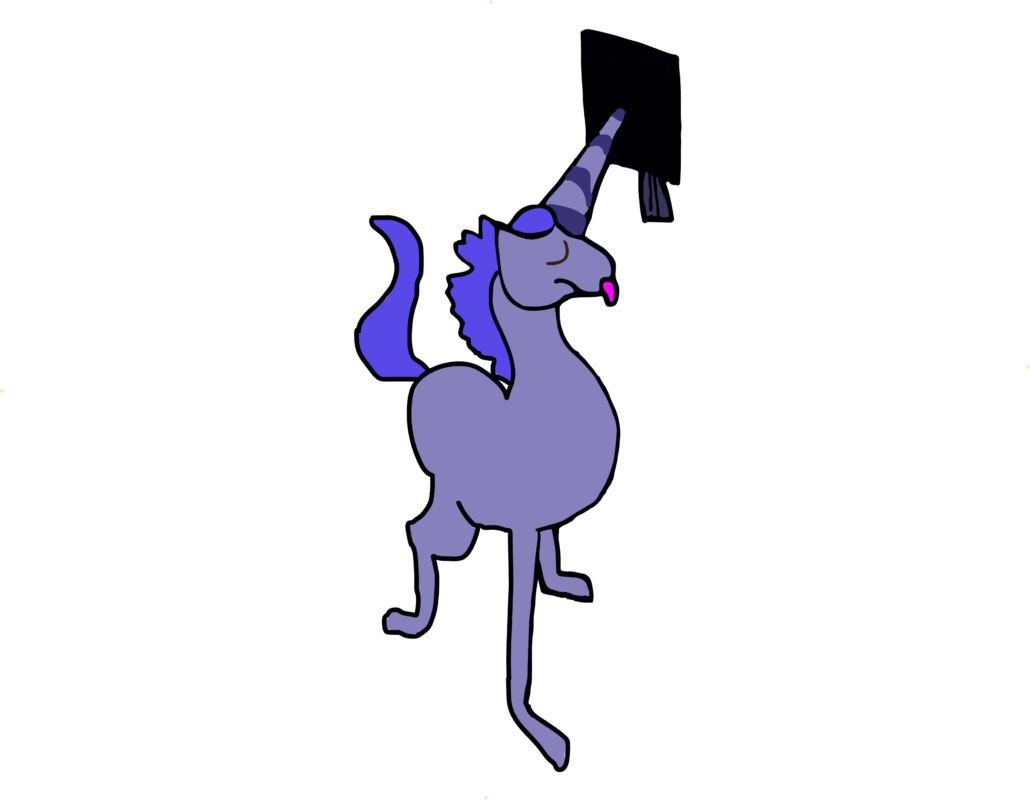 The late W.T. (Bill) Rabe, known for clever PR stunts when working as a Detroit-area publicist, created the Unicorn Hunters in 1971 shortly after being hired as LSSU’s director of public relations. Assisted by LSSU Professors of English Peter Thomas, John McCabe, John Stevens, and others, Rabe envisioned the Unicorn Hunters as one way to garner more publicity for LSSU, which had just established itself as an independent school after being a branch of what is now Michigan Technological University. The gambit worked. For instance, an ABC News crew once came to campus to film students on a quest for unicorns in these wooded parts. Through its magical Department of Natural Unicorns, LSSU regularly continues to receive—and grant—requests for unicorn hunting licenses.

The Unicorn Hunters made the news often for other serious play, too, under Rabe, including the annual List of Words Banished from the Queen’s English for Misuse, Overuse, and Uselessness. This has since been spun off and receives national and international coverage; more than 1,000 words and terms have been banished among tens of thousands of nominations. Another Unicorn Hunters tradition is burning a snowman on the first day of spring. After all, the Upper Peninsula averages 120 inches of snow each year. Snowman Burning remains a popular draw at LSSU as well as the Eastern Upper Peninsula.

The Unicorn Hunters also established one of LSSU’s first literary magazines, The Woods-Runner, a quarterly mailed to thousands of readers around the world. Subscribers kept up on Unicorn Hunters happenings (which further included World Sauntering Day, an International Stone-Skipping Tournament on Mackinac Island, and Teacher Thank You Week, plus more) as well as sampled writing from LSSU students and employees and others.

Although the Unicorn Hunters retired when Rabe did in 1987, LSSU continues to offer unicorn hunting licenses to anyone who wants one. Scroll up and click on our request box for instructions. Also be sure to read our regulations above.

Peter Thomas, chief herald of the Unicorn Hunters and editor of The Woods-Runner, once said, “The pursuit of the unicorn is a lonely quest, but many more embark upon that journey than teachers or publishers may recognize.” These words still ring true. While the Unicorn Hunters do not physically exist on the LSSU campus anymore, many folks still quest hither and yon for the legendary, lovable creatures, thanks to Rabe and colleagues.

Click Here to Watch a News Story About Our Unicorn Hunters!